Strong and gusty winds during the evening persuaded me to set the trap close to the barn wall at Cwmllwyd last night, but I failed to predict the downpour that occurred an hour or so before dawn. However, very little rain got into the Robinson trap. The wall of the barn itself (which is painted white) attracted several moths and these were unaffected by the stormy conditions. 37 moths of 12 species were found: nothing particularly outstanding and no firsts for the year, but a couple of photos are worth sharing, I think. 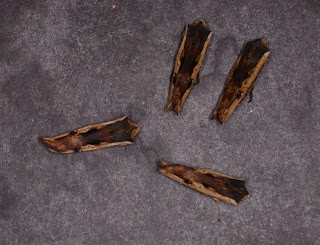 Red Sword-grass - a 5th one was camera shy and did not reveal itself on the barn door until after I had taken the picture. 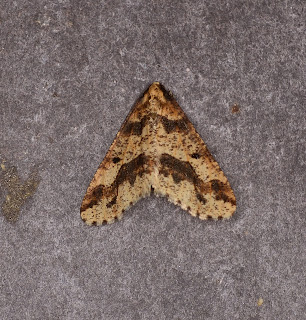