I can add one to Ian's of last night, a Vestal turned up at my actinic trap, along with a Dark Swordgrass and several Silver Ys. 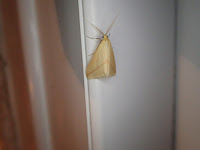 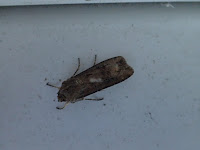 I also spotted a (July) Belle nearby.  On close inspection I've concluded that it could be the same one that came to the MV trap yesterday, even though I'd released it in the polytunnel a few hours earlier and hadn't expected it to escape quite so quickly! 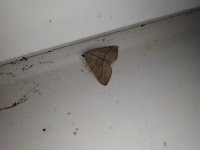 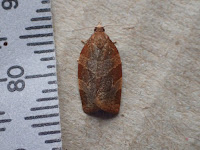 I believe that the Tortrix is Pandemis Cinnamomeana on account of its white head.