MV and Actinic traps were used last night and the returns were modest considering the favourable conditions.  59 moths of 22 species turned up, the highlights being second generation Brussels lace, Satellite, FFY Mottled Umber, and a Tortrix which I believe to be Acleris sparsana: 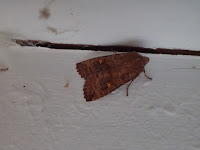 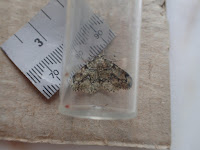 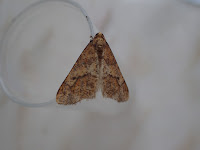 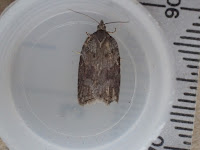