It is peak leafmining season, and as usual I kept an eye out for mines during the annual end-of-September habitat assessments at BC's Median Farm reserve, Cross Hands.

The best find this year was Tischeria dodonaea on oak, a new species for VC44. The mines are more orange-brown and with more obvious arcs of frass than those of T. ekebladella. The photo below shows both species, with dodonaea in the foreground. 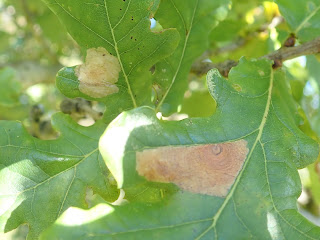 Elsewhere at the site I found a trio of Ectoedemia mines: E. atricollis on hawthorn, E. septembrella on St John's-wort and E. angulifasciella on wild rose. There is lots of rose at the site and I've looked for the latter species a few times, but this is the first time I've found it. 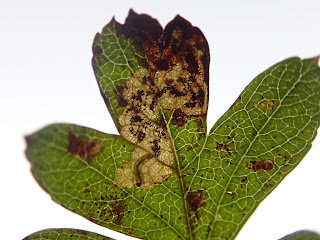 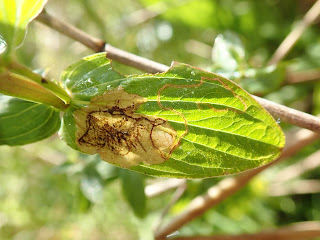 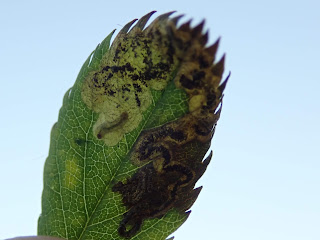 Meanwhile, at next door Caeau Ffos Fach there were more mines of T. dodonaea on oak. This scarce (in Wales) species has also been recorded in Glamorgan and Breconshire this year, so perhaps it is on the increase (or just having a good year?). 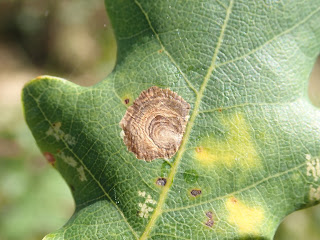 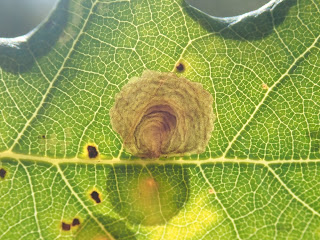