Ian's email prompted me to get the trap out after a break induced by a combination of wet nights, cold nights and sleep deprivation. I found eight beautiful Black Rustics, wings like funeral damask, as well as my first Merveille du Jour and Green Brindled Crescent for the year. 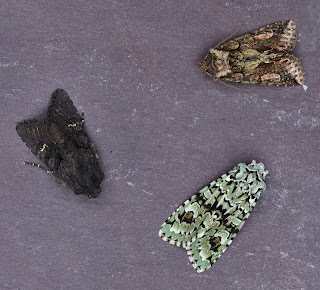 I also had an October Smoky Wainscot 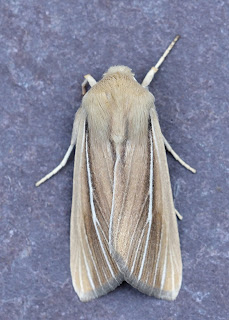 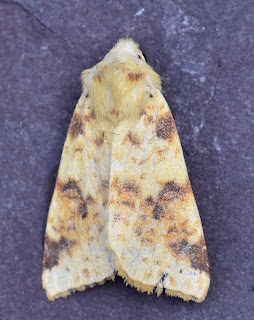 And my first ever Sallow.
Two Red-line Quakers were first for the year. 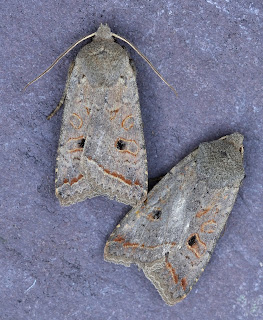 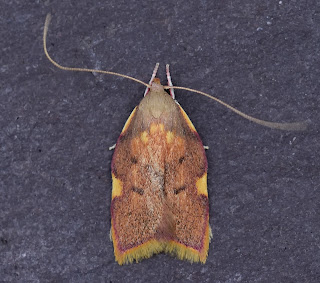 Another micro was also a first for me, Hypatima rhomboidella. 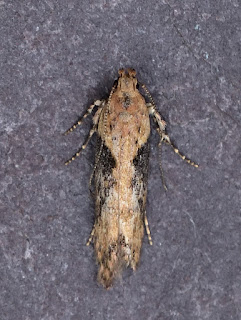