Sunday night (9th September) saw 60 moths of 25 species attracted to the MV trap in the alder grove at Cwmllyd. Not a great haul, but not without interest, I think. The seventh Dark Sword-grass of the year was trapped: a very good year for the species. 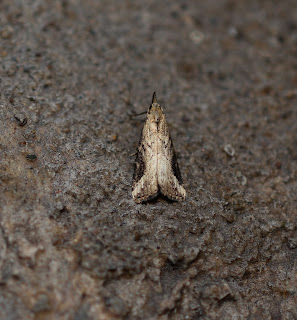 Pinion-streaked Snout has been seen here four times this year.

There were several micros in the trap this morning, including this rather drab Pyralid which I think is Pyrausta despicata. It's the second  of these that I've caught - the first was a week ago. I took two photos today and would appreciate confirmation, or a correct ID for the moth. 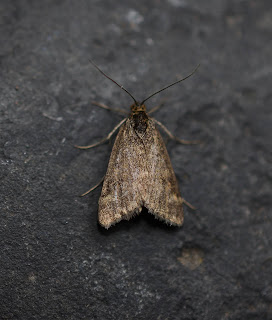 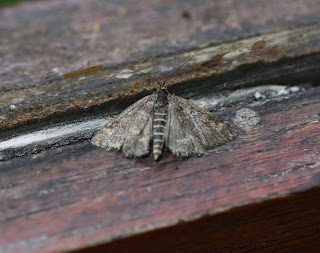 There were also two Phyllonorycter species which I have tentatively named below - but I guess they would need dissection to be sure. Once again, comments would be welcome. 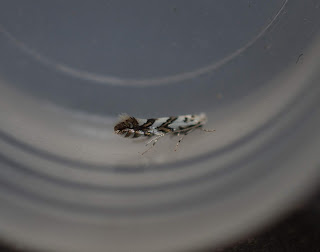 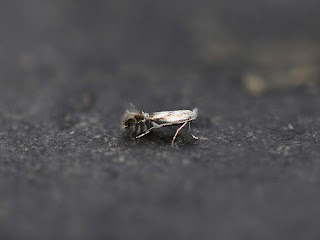