Generating the time to regularly walk the Ffos Las circuit this summer has been difficult, especially as my trusty companion (border collie, Penny) can no longer manage the distance so needs to be taken for much shorter walks. The extreme heat also reduced the incentive as did the fact that some of the footpaths are now so overgrown as to be impassable (CCC is awaiting delivery of a new flail to tackle the job) so I've had to use an unofficial path to get round which is less than ideal. Despite the good weather, or perhaps due to the heat, butterfly and dragonfly numbers are down this year compared to last and previous years.  The habitat has also dramatically changed following extensive tree planting a few years ago and this has certainly significantly reduced sightings of a lot of bird species too. 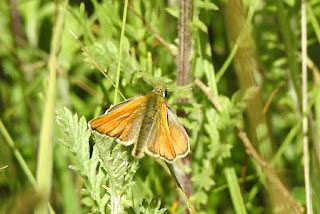 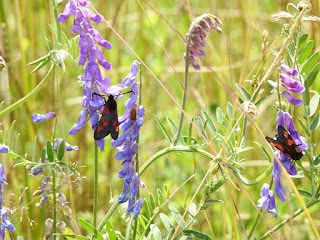 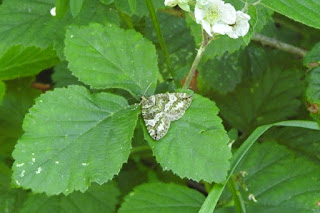 Is this a July highflier? 28th June. 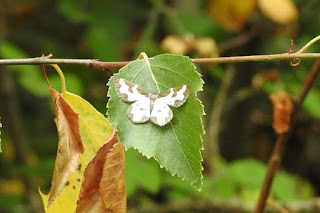 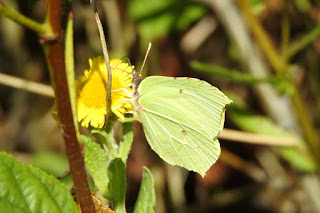 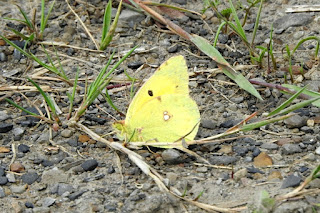 The clouded yellow is the only butterfly that I've seen more of this year than last. Admittedly that isn't difficult as I only saw one during the whole of last summer and several times I've seen two on the same day this year. This individual, 4th August. 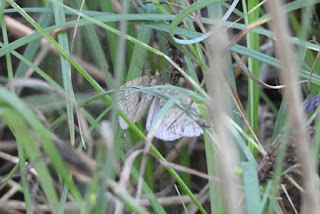 A pair of moths that I haven't a hope of identifying, 5th August. 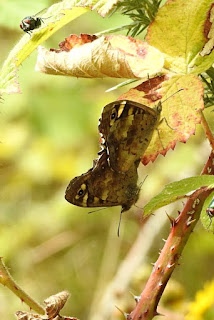 Mating speckled woods, 6th August.  These have been fairly numerous this year. 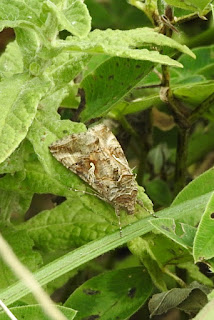 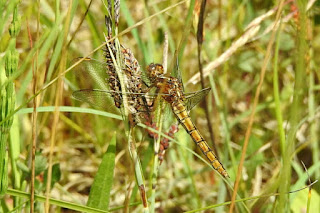 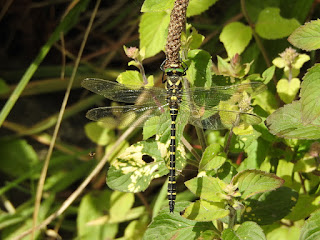 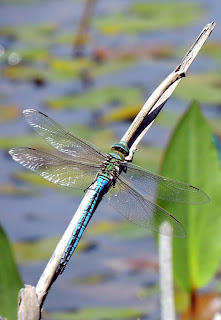 Please excuse the inclusion of these dragonflies in a moth and butterfly blog, but as I said above, the numbers of all species of odonata are well down on Ffos Las this year and the number of species is also down. From top: Female keeled skimmer 21st June, middle: male Golden-ringed dragonfly, 6th August and bottom: male Emperor dragonfly, 3rd June.