After using my 6W actinics several times recently with little success, I opted to put my MV out and brave the wasps. Seems that my removal of the aphid infested half fallen willow tree also cured the wasp problem. I didn't catch anything remarkable but my list of 30 moth species with two more to identify was satisfying enough. 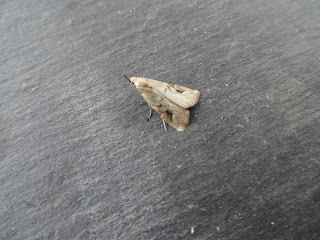 New for the garden was a Pinion Streaked Snout. 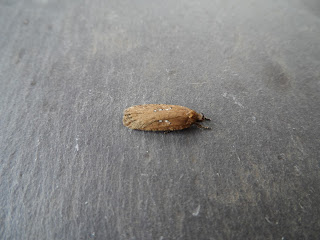 Also new was Agonopterix heracliana. The forewing markings led me to believe this was A.ciliella, the hind wing cilia markings were not as definitive as I thought they would be. 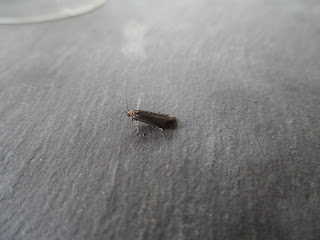 I am really struggling to even get the genus for this moth so any assistance would be welcome. I have trapped several recently, 8mm long, and if each specimen is the same species then it appears to be quite variable, this one being the darkest and best condition.

My final micro came out of the cooler and was yet another Ypsolopha parenthesella, that's the third time I have been caught out by this moth thinking that I have something different !
Posted by Andy T