Sam's 2016 list shows 14 county records of Bucculatrix cidarella, which, given that it is a fairly obscure leaf miner, means it is probably quite common.

I've noticed mines on young alder trees in marshy grassland during Marsh Fritillary surveys this week, in two locations in the county (Ammanford and Harford). The mines are narrow and tend to start by running alongside a side vein. 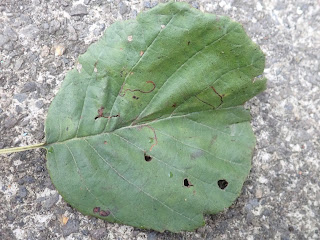 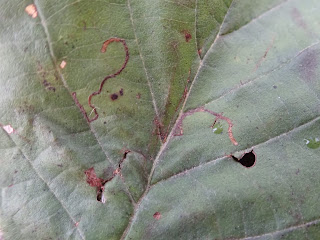 After leaving the mine, the larva makes windows by feeding from the underside of the leaf. It also makes a moulting cocoon (known as a cocoonet). The cocoonet and feeding windows can be seen in the photo below. 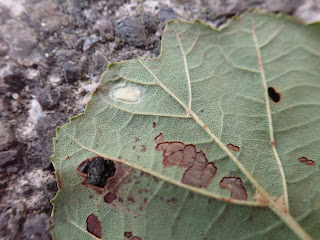 There are other gallery miners on alder: two Stigmella species, which make slightly broader mines and don't window the leaves, and the fly Agromyza alnivora, which makes a broader mine. It's worth looking out for all of these at this time of year; photos and further details here: