After nurturing Buddleia plants of various sizes and colours for the last 10 years or so, with the aim of attracting insects in general and the Hummingbird HM in particular, I finally saw this moth on the largest bush yesterday afternoon.  It was high up in the bush, so I wasn't able to get a close-up photo, this was the best I could do: 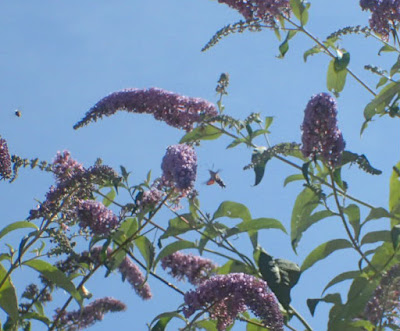 I know that there have been plenty of HBHM records of late, but this is a special event for me after all the effort!

On Friday night I experimented with a 3W UV/LED lamp in a Heath-style trap which usually houses a 125W MV lamp.  It attracted a handful of moths , nothing of great interest apart from this one which I believe is Ypsolopha parenthesella.  Since this is the most-recorded Ypsolophid on the Carms record sheet I was surprised to find that it was a first for me.  However, I have recorded the Honeysuckle moth Y.dentella quite frequently, including on Friday night when it was attracted by the green synergetic lamp of another trap.  This trap, no surprise, did rather better than the 3W one in terms of numbers and species, including two more micros, Blastobasis adustella with its characteristic dorsal X-mark, and a Tortricid, probably Acleris hastiana which I've had before, rather than A.cristana which I haven't. 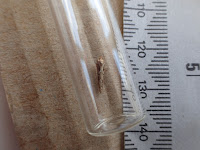 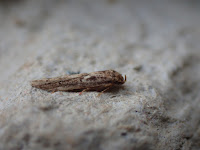 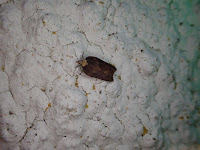 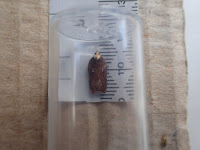 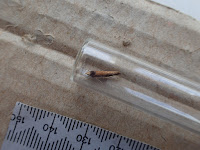 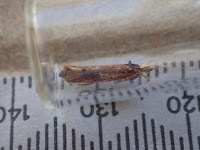