A yellow Brimstone Moth trap greeted me in the early hours along with eight Poplar Hawks. Generally speaking a lot a just a few species (Brimstone, Large YU, Flame S & Set HC but a couple of new ones.
The microscope will be required to confirm the two species photographed below, I believe they are Large Ear (size - 20mm long compared to the Ear I trapped a couple of weeks back at 17.5mm and under-wing markings that I have tried to capture) and Acleris laterana. Also had my first Oak Hook-tip for the garden and I noticed two fresh dark Heart and Dart (absent for a while) so perhaps double brooded this year. 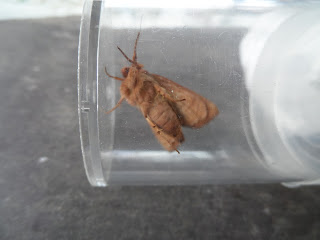 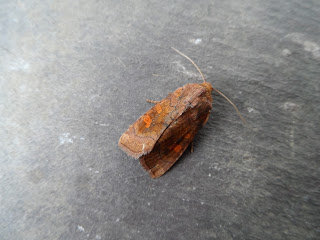 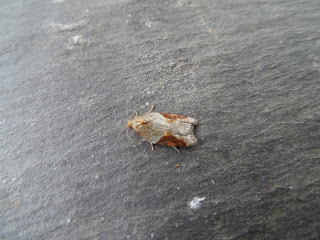 I searched one of my Laburnums this morning after releasing my catch and found lots of these. It looks like it could be the mine of the Laburnum Leaf Minor, but as a complete novice, it also looks like quite a few similar mines. It's a whole new world to look at ! 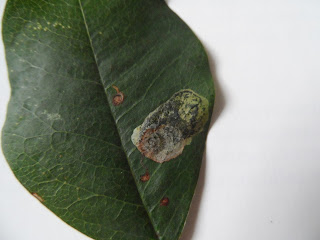