Reduced numbers and variety (c 25 spp.) in my Pwll garden traps last night (27/8) are signs of the approaching autumn. Best of the bunch was my second cream-bordered green pea, which `did a runner` before I could take a decent photo (I only have a terrible blurred one) but, like Andy, I had my FFY frosted orange. A dark sword-grass and some silver ys were the only migrant moths.
I include below some photos of last night`s catch, of mostly common species: 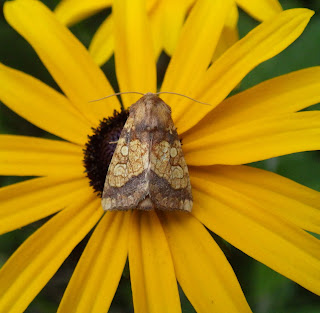 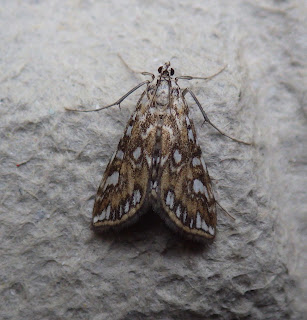 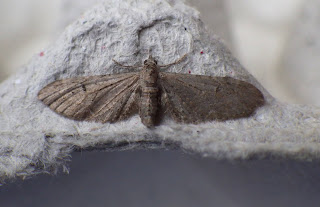 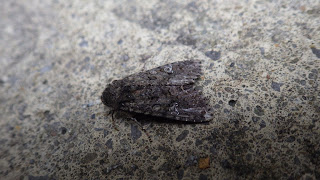 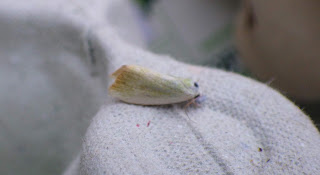 Above: the awful blurred photo of the cream-bordered green pea (which is also slightly worn). I accidentally dropped the egg carton and it disappeared into thick vegetation.
Well done to Sally for her inland bulrush wainscot and similar praise to Maggie for her vapourer record which sadly is n`t in our county. It is a good record and worth passing onto the vice-county recorder for Caernarfonshire.
Posted by Ian Morgan