The wetland at Cwmllwyd is always difficult to access safely when wet, with varying depths of soggy peat, innumerable tussocks of various plants, low branches of willows, brambles , et al., but it turns out to be just as tough in the highest of high summers, too. All the difficulties are hidden beneath tracts of four foot high marsh valerian, meadow sweet and so on. Last night I could not unearth the pallet upon which I usually stand the MV trap and generator - it will show in autumn when the vegetation dies down, I hope. So I set out the trap in the adjacent grazing meadow, tight up against the fence which keeps the sheep out of the marsh, in a sheltered corner. The jenny won't run all night on one tank-full of fuel, I think, so I sat with it from dusk until 01:15, before closing down for the night. There were still dozens of moths flying at that time, but most would be of species already safe with Robinson. The catch is, of course, an amalgam of meadow and marshland species, so very many species have been seen already this year at my other trap sites. The wetland is never particularly prolific, so it was no surprise to find only 56 species when opening the trap There were some goodies, though; here's a few pics of them: 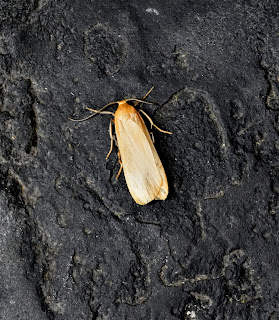 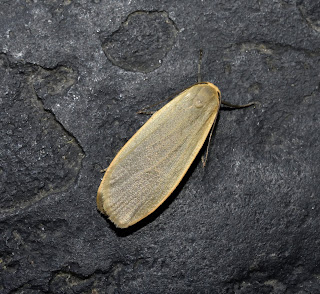 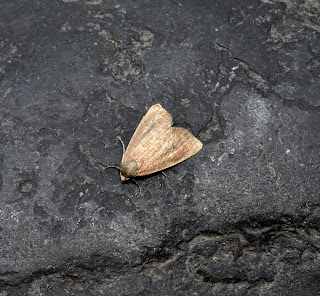 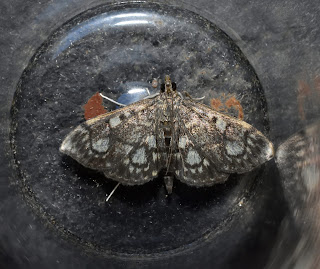 Anania stachydalis (Scarce moth. Has hooked wing tip + outer crossline on hind wing is made up of a series of dots rather than the crossline seen on A. coronata). 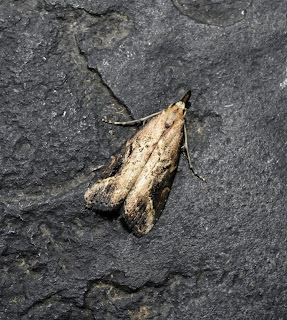 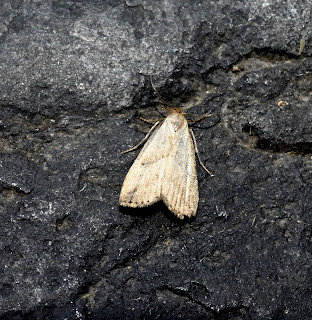