The micros come out of solitary

After thirty hours in the fridge I attempted to photograph Saturday night's micros. A nicely marked Oegoconia sp. flew off as I was focussing my first shot, and I was almost glad that its species couldn't be identified without dissection. Next up was a Syncopacma - maybe Taeniolella? Is there any way to tell? 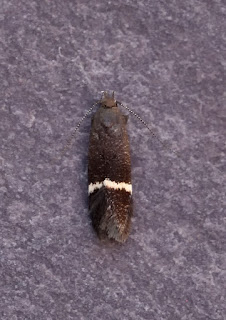 Does a picture of the underside help? 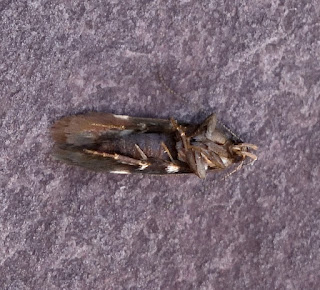 Next up was a very uppity Tortrix, Pammene aurita. I snapped this record shot before it departed. 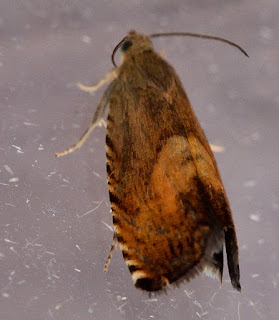 Quite pretty but very quick.
Then I photographed another very active micro, this time an Agonopterix - could it be conterminella? 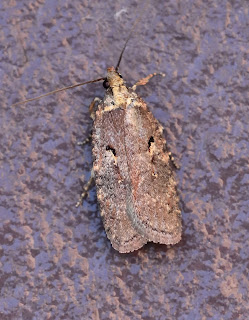 Finally the dark, thickened areas on the legs of this plume suggest to me that it is Dusky Plume. 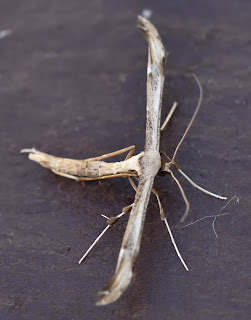