Some more from Pwll

A fair haul last night (8/7) with good variety and numbers. I did n`t note down most of the macros as they were substantially `repeat species` of earlier catches but, as with other recorders, there were some fairly interesting moths. They included another scarce burnished brass, marsh oblique-barred (a species that I`ve only had at the home trap in the last few years), more four-spotted footmen (male and female), loads of yellow-tails and another very smart slender brindle.
Micros included Batia lunaris,  Ypsolopha scabrella, Rhyacionia pinicolana and others I`ve yet to look at when my energy levels are restored! Above: keep away! - a yellow-tail. 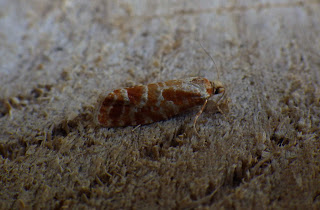 Above: I think that this is Rhyacionia pinicolana (rather than buoliana - I`ll re-check later). All the Rhyacionia spp. are scarcely recorded in Carms, with each only having three records in the 2016 listings. 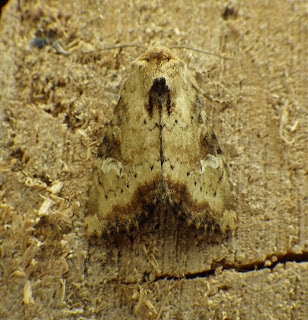 Above: although cryptically camouflaged, the slender brindle is an attractive moth and I could n`t resist this photo. 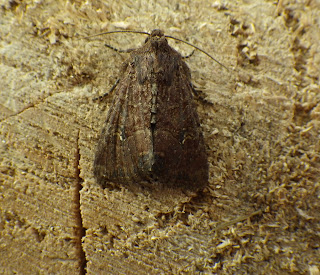 Above: I believe that this is just a dark common rustic, but I`d love to be wrong! 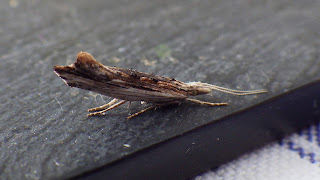 Above: Ypsolopha scabrella. It escaped a few hours ago, but just re-landed on my kitchen table! Above: a poor, `in-box` dawn photo of Batia lunaris.
Posted by Ian Morgan