I trapped on a very small scale last night, not feeling up to facing large numbers in the early hours, and it worked out fine, the small 6W actinic contained a mere 45 moths this morning.  Pick of the bunch was a Grass Emerald, only my second record, the first being in 2013. 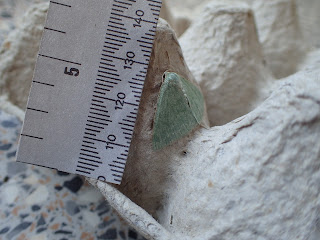 The last occasion on which I used this trap, last Wednesday night in a different part of the garden, was notable in that I found a fully-grown Drinker Moth larva close by, and later discovered an adult moth in the trap. 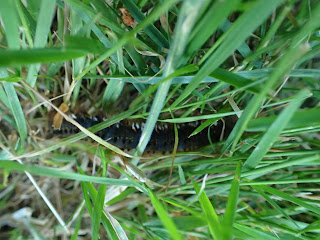 On that occasion the trap also contained an unfamiliar Tortricid: 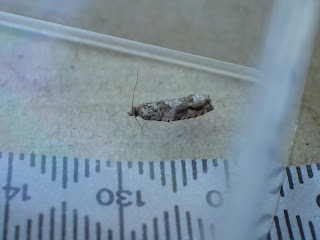 I have tentatively identified iit as Epinotia signatana, perhaps someone would be kind enough to tell me whether I'm on the right track!
Posted by Chris Handoll