I had the garden traps out again last night (10/7) and there was no shortage of moths. With the macros I had 7 four-spotted footmen (4 males and 3 females) and the first of the dun-bars, green arches, double kidneys and plenty of black arches and yellow-tails. Several silver ys were present and I`ve seen quite a few more by day in the garden. Again, I caught a marsh oblique-barred and I read that others are also recording this moth this summer - the hot weather must be encouraging it to wander/disperse.
Some `potted moth photos` below - I have n`t had the chance to take better shots. 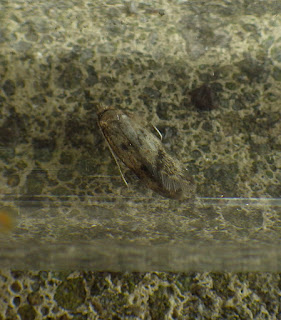 Above: Batrachedra praeangusta. This slender moth is associated with poplars, willows and aspen. 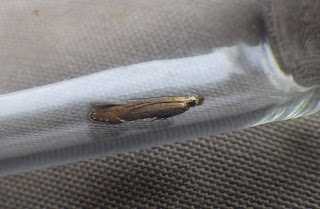 Above: Monochroa cytisella - associated with bracken. It may be the first time that I`ve personally had this moth. `Click on pic`to enlarge (to see the markings etc). 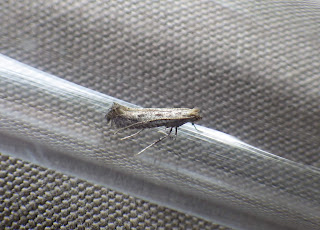 Above: Parornix sp. - I`ll have to look further at this. 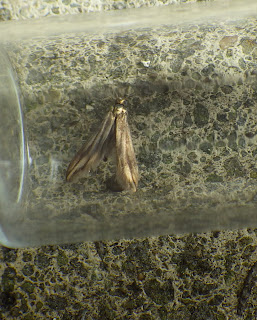 Above: I also caught one these recently - Schreckensteinia festaliella (when some may recall that I had one of my (in)famous `crossed wires` mistakes when naming the photo). 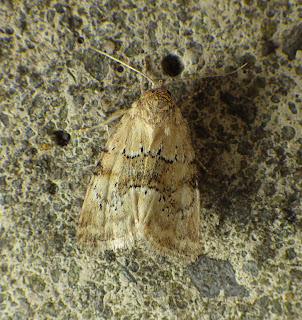 Above: Thinking that it might be one of the minors, this moth had me `foxed`, but George kindly suggested that it might an unusual form of marbled beauty. Upon looking it up, there is a tawny form of that species - something that I`ve not seen before with all my previous individuals being the more usual glaucous grey types. Thanks George for solving the i/d mystery.
Postscript: Barry has since suggested (see `comments`) that it is a female small dotted buff, which seems to be the case.
Posted by Ian Morgan