A weekend at Cnwc-y-llwyn (Brechfa) produced my largest ever species count for the site on 30th June: 139 species to MV. This included one new Macro for Cnwc - Bilberry Pug (photo) - and four new Micros - Cryptoblabes bistriga (photo), Epinotia cruciana (flew as soon as I let it out of the pot), Hedya ochroleucana (photo) and Orthotaenia undulana (photo). 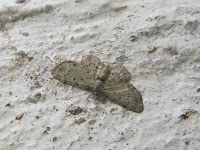 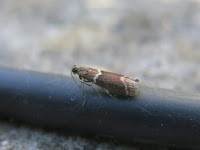 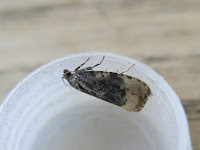 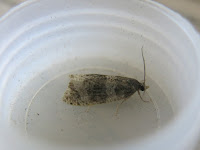 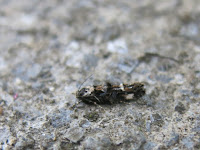 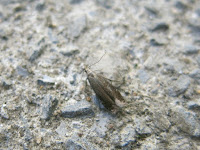 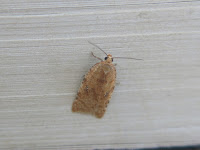 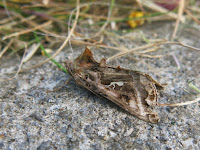 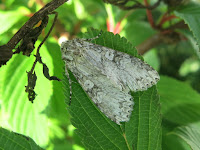 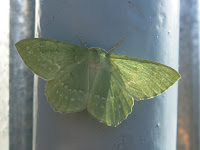 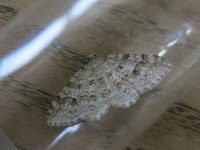 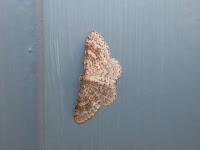 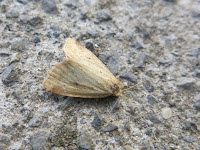 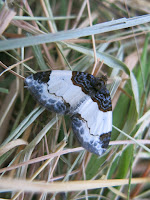 Andy seems to be getting big totals regularly at the moment - it isn't always quite this good in N/Central Carms!!  However, my totals at Dingestow (Monmouthshire) have been consistently lower over the last couple of weeks than either of my recent MV nights at Cnwc.  I wondered whether this was just a blip or part of a trend, and I'm still not sure.  The plot below shows median (and max & min) nightly counts for summer MV trapping at Dingestow (red) and Cnwc-y-llwyn (blue) from 1999 to 2017.  It looks as though the maximum at Dingestow in 2016 and 2017 is a bit lower than the maxima in the early 2000s, whereas the Cnwc maxima have been getting better.  The median count at Cnwc seems to be consistent with that at Dingestow in the early 2000s, but the Dingestow median for the last couple of years is a bit lower.  The habitat has improved at both sites since the early 2000s, but Lepidoptera numbers feel as though they are crashing at Dingestow but holding their own at Cnwc and these plots might back up that feeling.  If climate change was to blame, then why would Dingestow be faring relatively worse?  I wonder whether the suggestions I have been hearing about high N levels (eutrophication) affecting plant nutrient balance might be to blame, as N levels are much higher at Dingestow than at Cnwc.  Obviously this is not a scientific study because my trapping habits have changed through the years, but perhaps Butterfly Conservation can carry out a similar analysis to compare higher N and lower N areas across the country (maybe they already are).
﻿