Another warm night drew 50 species to last night's trap, including three FFY Swallow-tailed Moth, two Small Rivulets and two second generation Early Thorns. Of greater interest to me were some species I hadn't seen before including a number of interesting micros - but they'll have to wait for a spell in solitary before I can photograph them.
Most impressive was this Broad-bordered Yellow Underwing, posing nicely as I tipped it out. 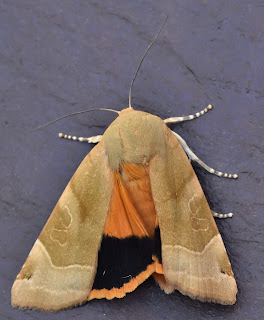 Previously the garden has regularly hosted the Lesser version, but this was quite a sight. 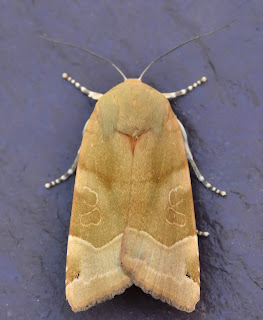 I puzzled long and hard over ths rather worn moth, and consulted the internet before making an identification. 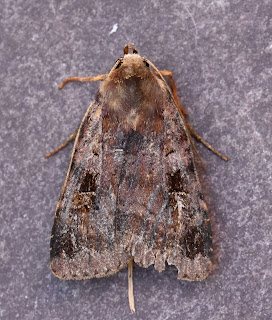 Finally I came to the conclusion that it was a Purple Clay.
I searched through the micro book several times before wondering if the next moth was a tiny macro. Eventually I found what I was looking for amongst the Noctuids. 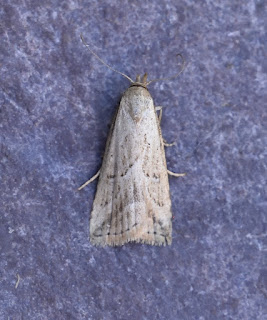 Marsh Oblique-barred - the little rotter scarpered as I photographed it, unfortunately - so no second bites at the cherry.
I think this is White-line Dart. 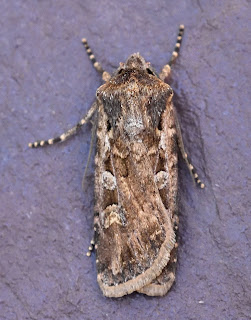 Hopefully I will be able to post some micro shots tomorrow. All identification guidance gratefully received.