50 species were represented within the 109 moths in the MV trap at Cwmllwyd last night, with 10 species that were FFY. So, a modest haul, but not without interest, I think. Unfortunately, I was unable to pot the Small Purple-barred found on the outside of the trap (so no photograph); following my fumbling failure I watched it fly to safety in dense blackthorn scrub. But there were other goodies: 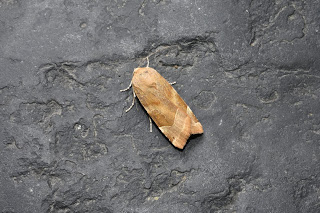 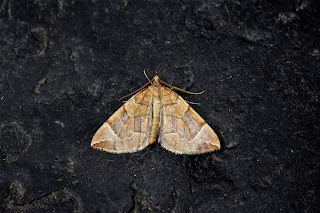 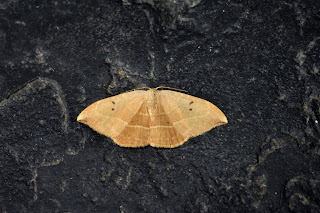 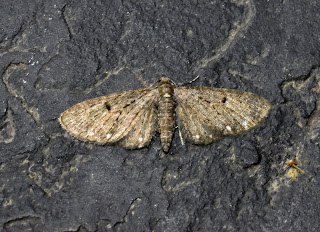 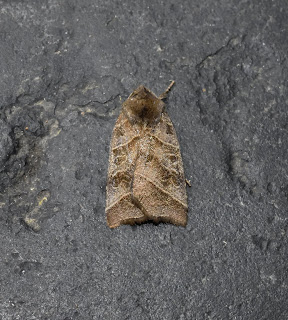 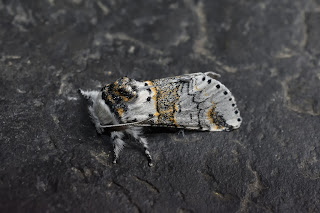 and rather common, but pretty - Sallow Kitten.
Posted by Steve Clarke