If you think that a number of Large Yellow Underwings, or some Dark Arches, or Drinkers in your trap can create havoc, please let me assure you that that is as nothing compared to the madness and mayhem that can arise with six Oak Eggars sharing the space with 340 other moths! It tends to make a moth trapper's job quite difficult. 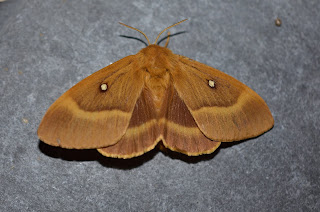 And that's how it was at Cwmllwyd this morning. I'm fairly sure that escapees fleeing from the carnage would have taken the total much closer to 400, had they not been so disturbed. There were 86 species recorded, with 21 FFY, including the Eggars. Others included Double-striped and Narrow-winged Pugs, Slender Brindle x9, Black Arches x2, Magpie x5, a single Figure of Eighty: 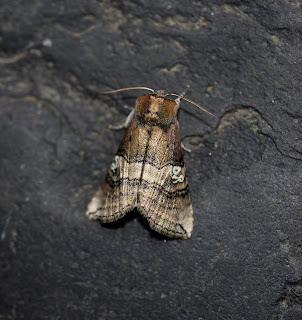 And several rather pretty micros: 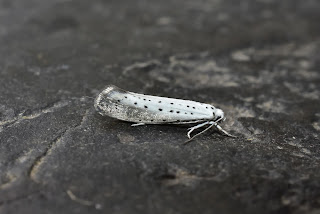 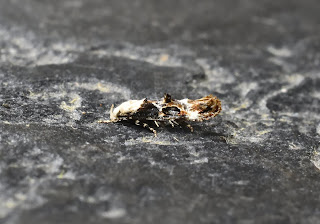 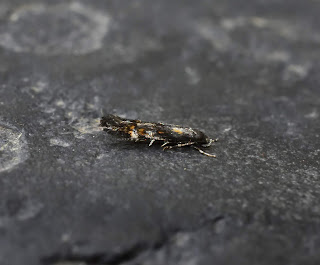 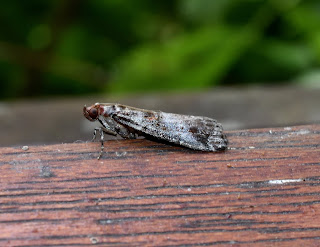 While taking a break for lunch, a Humming-bird Hawk-moth was seen feeding on Buddleia.