Bumper moth catches at Pwll too...

I left the usual two traps out last night at Pwll (2/7) and there was a really good diversity and numbers awaiting me this morning. I had my first silver y`s (x4) for a long time (so there is some migration) and there were several apparent FFYs such as 4-spotted footman (x 5) and black arches; there were plenty of yellow-tails, lackeys, Argolamprotes micella (this micro really seems to have established itself this year), a couple more Rhodophaea formosa, short-cloaked moth, Anania stachydalis and Gelechia sororculella. 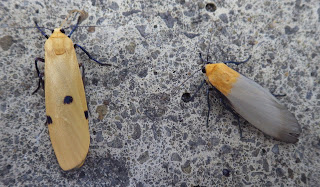 Above: The first of the season`s four-spotted footmen (female L, male R). 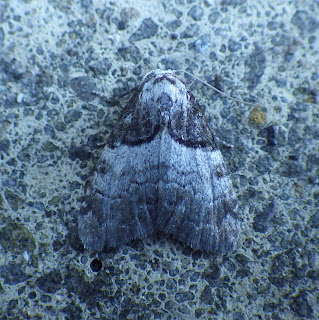 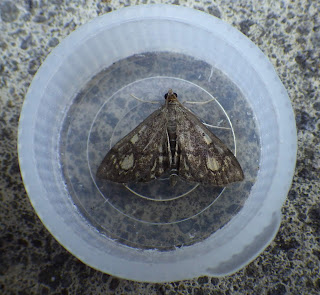 Above: Anania stachydalis. I believe that it is this species rather than A. coronata; it feeds on hedge woundwort. 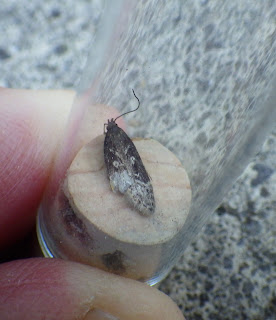 Really good to see the ongoing efforts of North Carmarthenshire trappers, with an excellent further record of v-moth by Andy Turner and also Jane`s - and Andy`s - cloaked carpet (adding to the trapping done by Chris Handoll and Sally Hall in the same general area). The v-moth seems to be confined to the S side of the Teifi catchment in Carms - I wonder if it is found on the N side of the same river in Ceredigion? - something for the vc46 moth`ers to ascertain. I`ve not seen either species.
Posted by Ian Morgan