I have not had so many moths in a trap for at least 20 years. Last night at least 500 individuals, one piece of wine box packing had over 80 moths on it. I didn't really have much luck at micro moths as everything was being bashed about by Dark Arches and Dot Moths. I stayed up until 0215 this morning and I am glad I did because a few things were not really recognisable by dawn. The bats also had a good feast as I watched wings spin gently to the ground. My garden is a fair size so luckily I had plenty of options for tapping out the catch.
I think I had one new micro A.zoegana. I have an ermine to try to identify and a geometrid that wont open its wings.
A late Pale Tussock in good condition was a surprise. I found two new macros for the year, The Shark and The V-moth, the latter a new species for me.

Help required - I originally recorded this as The Campion but now wondering if I am right as the photo has increased the detail and contrast ? 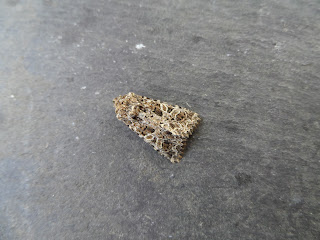 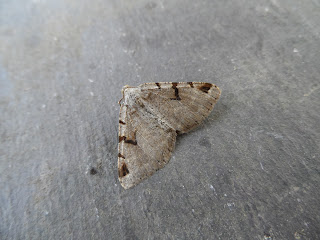 The Shark, perhaps my 3rd or 4th ever. 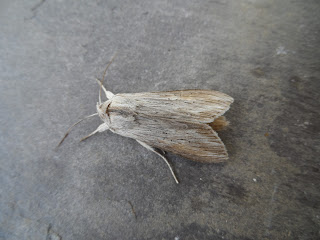