I found a rather flat Tortrix in the conservatory, which had probably slipped out of the trap. It's a small micro and I did not realise it was a Tortrix until I had photographed it and looked at the picture at a large scale. 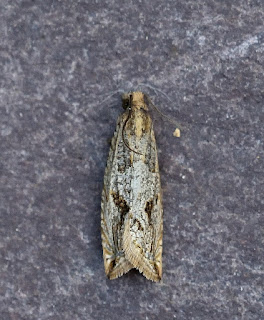 After looking at the book and doing some googling, I have come to the conclusion that this is Bactra lacteana - I hesitate because I realise this is a very local species - and isn't on my Carms template.
I also caught a Dingy Skipper in the conservatory which is my 20th Butterfly species in the garden and I think my first in July. 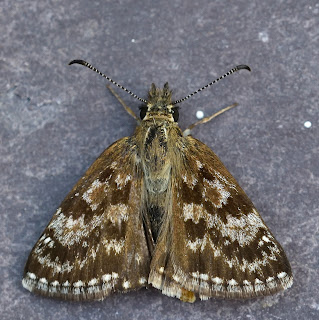