160-odd moths of 55 species turned up last night, which meant that the early hours of the morning were spent photographing and documenting the many that had stayed outside the traps, and subsequently trying to relocate as many as possible to relative safety. Notable arrivals were the first Large Yellow Underwings and Setaceous Hebrew Characters of the year.  More welcome were an Oblique Carpet, a Beautiful Carpet, and a Cream Wave: 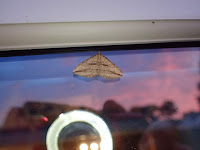 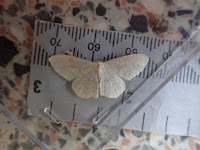 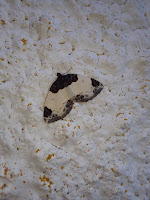 Only three micros were recorded: Plum Tortrix, a frequent visitor,  an Agonopterix and a Coleophora neither of which I am confident of identifying, although the latter could well be either C.mayrella or C.deauratella both common, small species that have the metallic bronze sheen and a thick coating of dark scales at the base of the antennae. 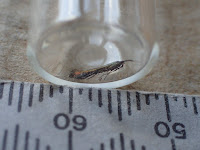 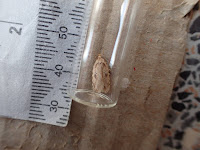 Andy's post yesterday concerning Lead Belle and July Belle reminded me that I had one of them in a trap on 29 May: 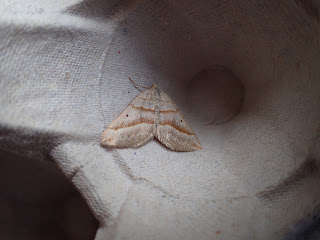 I identified this as a July Belle, which I've had once before, in July 2013, mainly on the basis of the shape of the discal spot (round).  However, July Belle is normally on the wing later (Jon Baker's 2006 Annual Report gives the earliest County record as 13th June).  Flight times can be misleading, as I found last week with the very early appearance of Cloaked Carpet.

Help would also be appreciated with another micro trapped in late May: 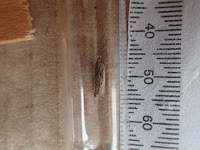 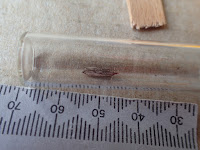 I think that it could well be a Bryotropha, possibly B.terrella, but confirmation would be welcome.