Building up to NMN

Yes, it's 'National Moth Night' next week, starting on Thursday (just a reminder) so I decided to get some practice in last night.  A surprising number of moths visited the traps - surprising because I used two actinic traps which generally get a smaller turn-out than the MVs.  Total numbers yet to be calculated, but notable species were Poplar Grey, Red-necked Footman (first appearances of both here since 2015); Double Line, a striking-looking moth that's become quite common in the county in recent years; and the pyralids Ringed China-mark and Phlyctaenia stachydalis: 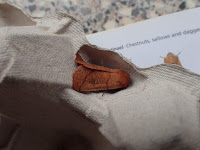 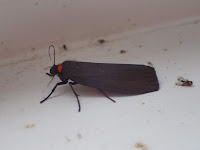 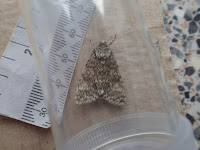 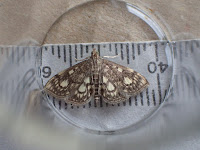 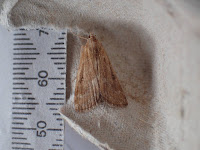 I'm still working on the identity of several more micros, so may well add them later together with a final tally.
Posted by Chris Handoll