It's my most favoured trap site at Cwmllwyd for it quite often provides something rather special. And so it was last night (Sunday 20th May). 79 moths of 29 species visited the Robinson trap and among these were a dozen FFY. Pick of the bunch was this pristine and stunningly beautiful Glaucous Shears: 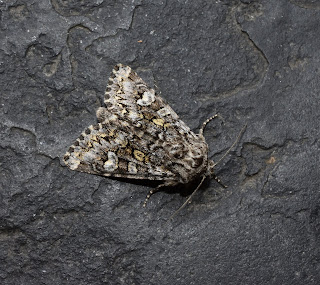 We are fortunate to see one or two of these each year here, or a few hundred feet further up the mountain.

Here's one of the Devon Carpets: 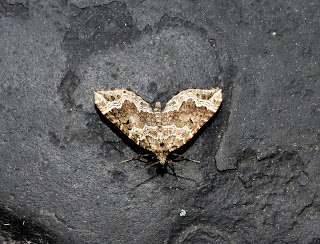