Queuing to get in the traps last night at Maenol

There were plenty of moths around last night, but they weren't exactly throwing themselves at the traps like Les Dawson's mice did when his mother-in-law entered a room (allegedly).  Rather, they were forming disorderly queues outside, and of the 80 or so moths that turned up only just over half entered the two traps I had located at the back and front of the property, as I normally do.  This meant that I spent longer than usual in the early hours rounding them up to photograph and (hopefully) identify them.  The end result was 36 species, which is the best so far this year, all common-or-garden types but they all count!  I'm a bit uncertain over two of the micros though: 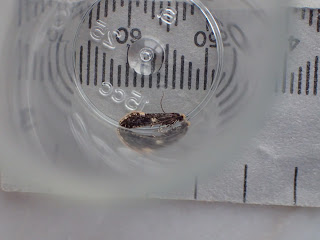 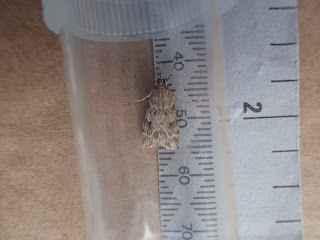 The Monopis looks good, I'm less confident about S.subfusca, which I've not had before.
Posted by Chris Handoll