The day flying moths are appearing now on Ffos las, so for once I am posting without a single butterfly photo! 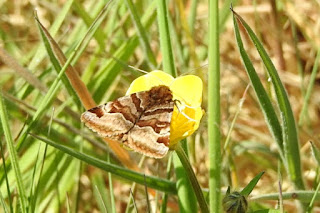 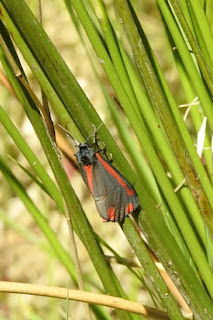 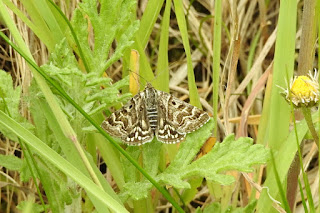 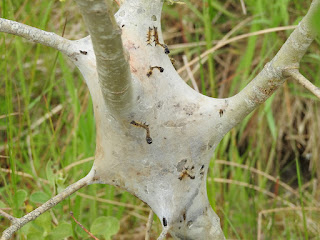 In my previous post of 21st May, I included a photo of this lackey web with well grown larvae, some of whom were raised up and swaying.  I noted a similar thing in a post last year (I think although it could be longer ago), and wondered if the swaying could have been to deter predators. However having seen this same web a couple of days later with just these instar cases remaining, I'm now wondering if the swaying was a precursor to a skin change. Any ideas or comments anyone? 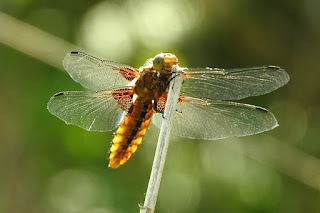 This beautiful female broad bodied chaser was posing so beautifully, I had to take its photo.