The garden at Cwmllwyd produced 12 more FFY last night (Tuesday 29th May 2018) to add to the 16 found on Sunday. The count for last night was 196 moths of 60 species and included some excellent moths. There was a second Lead Belle and two more Glaucous Shears, taking the total for the year up to five - and these are said to be rare and under-recorded in the county! 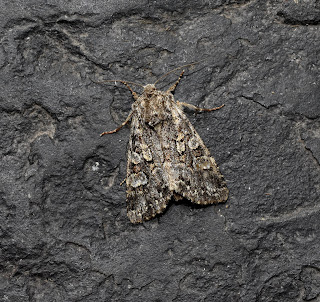 I was puzzled for a while by the dark form of Clouded-bordered Brindle; two were found, without the more common pale type occurring. 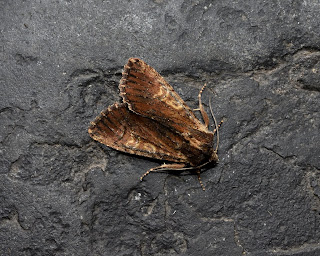 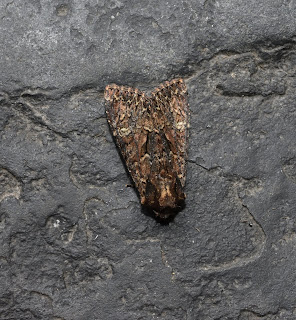 Other FFY included this rather pretty Small Angleshades: 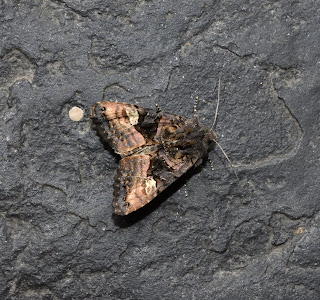 Of the three Alder Kittens (FFY), for a reason unknown to me, but which I shall ascribe to tiredness, I selected the one with the damaged wing for its portrait! 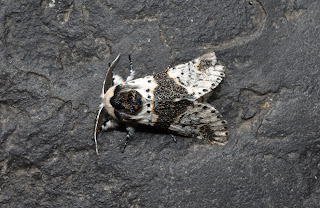 Whereas these were seen on Sunday as well: 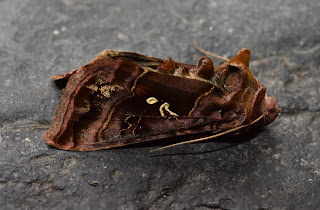