I haven't seen a moth for a week or two, but yesterday an unfamiliar bird visited my front lawn and spent the whole morning probing the mossy surface with its magnificent beak.  Since some of my fellow moth-ers have ornithological interests I thought that someone would reassure me that it's a Snipe rather than a Woodcock.  The head markings and white underbelly suggest the former, but I'm not familiar with either species.  Either way it provided great entertainment on an otherwise rather gloomy Sunday morning. 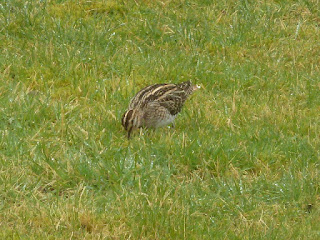 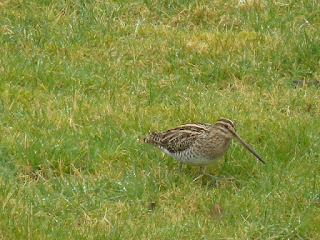 Hopefully there will be some moths to talk about before long!
Posted by Chris Handoll