Five of the Best

The five visitors to the trap last night were all FFYs (well, that's hardly surprising, it's only the second time I've trapped this year!)  Two were especially welcome: Satellite, only the 6th record here, the last one being in October 2013; the other a Red Sword-grass, 8th record, last seen in October 2017. 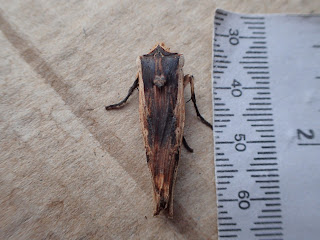 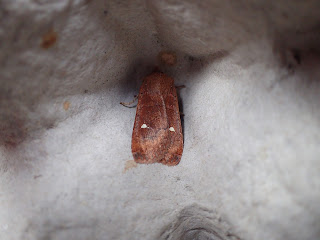 The other three species were Pale Brindled Beauty, Hebrew Character, and Chestnut.  I haven't included Agonopterix sp which is well out of reach up in the eaves, I'm not going to erect a platform just to confirm that it's A.heracliana!
Posted by Chris Handoll