That was my moth count on opening the actinic trap this morning, Steve's nine was a veritable bounty - some nice moths too, Steve.  It was a different story yesterday morning, the MV trap yielded 25 moths of 10 species.  They included three dark green Carpet Moths, and since it's not a busy time I will compare and contrast them with the one I caught on the night of 17/18 October.  One of yesterday's moths was on a wall, and it made good it's escape before I could capture it for a more detailed look: 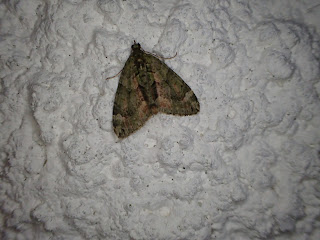 The other two were captured and I was able to obtain upper and underside views: 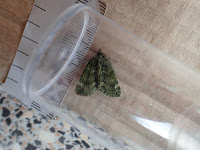 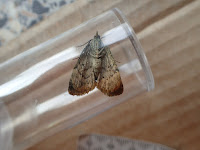 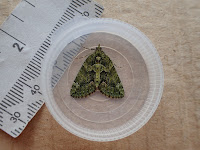 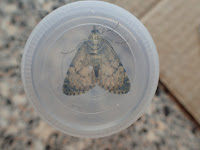 I'm happy to call all three Red-green Carpet Moths, and incidentally they are very similar in appearance to the ones I have photographs of from previous years and identified as such.  However, the one from 18/19 October seems to me to be significantly different in shape and pattern, much greyer, and the underside is paler: 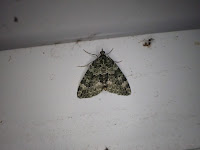 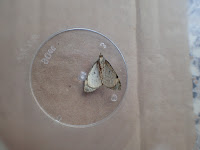