Slightly better than Thursday's attempt, with 12 species this time among the 27 moths in the MV trap in the alder grove. In no particular order, these were; Green-brindled Crescent x4, Red-green Carpet x5 (no Autumn Green Carpets were found), November Moth agg. x3, Feathered Thorn x2, a Yellow-line Quaker, a Snout, a Flounced Chestnut, Chestnut x2 and a Silver Y. There were a couple of surprises, however: 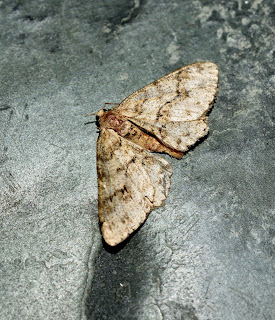 A rather battered third generation Engrailed 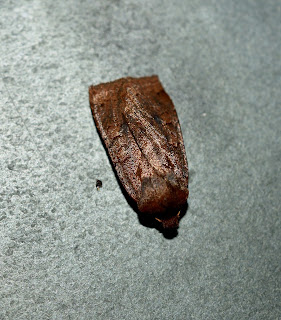 Dark Chestnut x5 - a good count, I think, for this less-than-common species in Carmarthenshire. 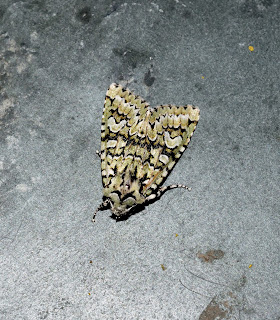