I think that I`ll change the name of my house to `Graig` in the hope of attracting (or confusing) migrant moths as, on Sunday night (22/10), Stephen Ruttle scored magnificently with migrants at Graig Farm, on high ground near Llandovery.
More vestals (2) were trapped (four were trapped here recently), but also a Palpita vitrealis, four (!) scarce bordered straws, two pearly underwings, rusty-dot pearls and - best of all - the rare pyralid Diasemiopsis ramburalis. A truly excellent catch showing that it is certainly worth trapping at this time of year when the winds are southerly, whether you live on the coast or, as Graig Farm has amply demonstrated, if you are inland. Twelve sprawlers were also caught. 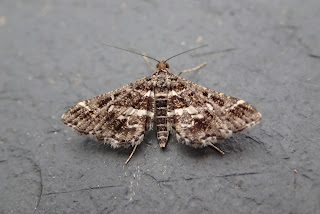 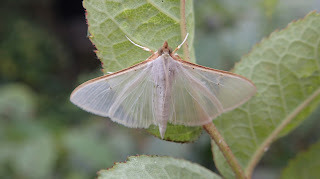 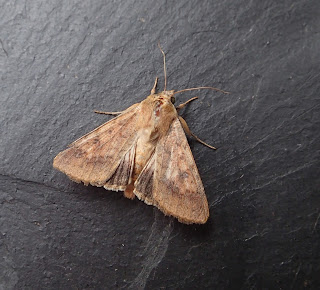 Above photos (and all records mentioned): Stephen Ruttle.