It was cold here, but dry and overcast, so I put a couple of actinic traps out just in case something of interest arrived.  I was not disappointed, there were three FFYs: 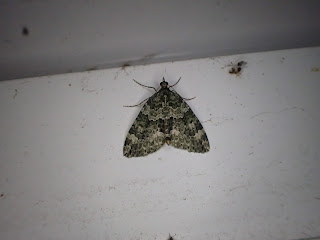 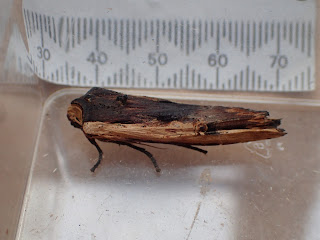 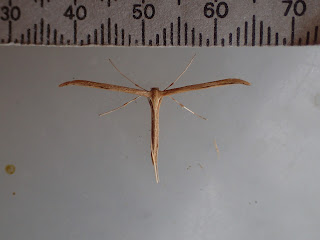 Help with identification would be welcome here.  Not with the Red Sword-grass (I can manage that one!) but the other two: I'm assuming that the green geometrid is likely to be Red-green Carpet rather than Autumn Green Carpet, even though there's no red on it, and the plume is probably Common Plume Emmelina monodactyla.  I've had all of these species here before, but not very often, so it was very nice to see them!
Following Steve's comment I photographed the underside of the geometrid which he kindly identified as Autumn green Carpet.  Not a difficult matter, it fell out of the pot upside down and obligingly remained in that position. 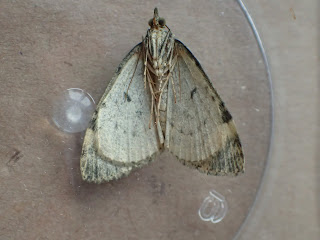