Some amazing captures have been made at a hill farm near Llandovery this week, as well as other excellent moth (and other wildlife) records made in 2017. This is part of a wildlife audit being undertaking by the owner, Stephen Ruttle, and the very able ecological consultant (Peter Sturgess), who is methodically surveying the site.
I shall confine this blog to the main interest of a trapping session on the night of Weds 18th October. 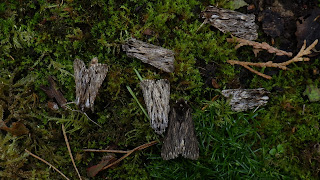 Above: some of the TWELVE sprawlers caught. 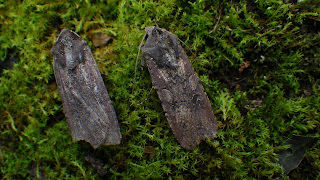 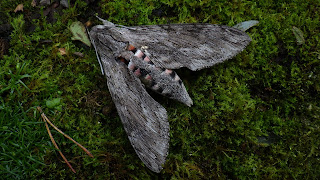 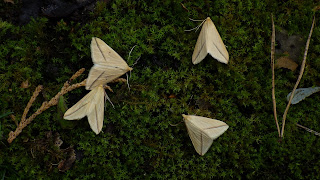 Above: I was feeling rather smug the other night, having caught two vestals, but I`ve now clearly lost out with this score of four!

What a result! -  and just reward for the first-class recording and conservation work being undertaken at this upland farm. It also demonstrates that migrants can turn up anywhere and that a trap on higher ground may increase chances of unusual migrants. The site probably also benefits from a lack of competition from competing light sources (something that my regular suburban trap sites suffer from).
Six merveille du jours, an oak nycteoline, three rusty-dot pearls and a red sword-grass were also caught with the above moths.
All the above photos (and records): Peter Sturgess.
Posted by Ian Morgan