55 moths of 14 species were in or around the MV trap in the alder grove last night (Thursday). Lots of November Moth agg., eight Feathered Thorns, five Chestnuts, Red-line and Yellow-line Quakers, three Red-green Carpets and one Autumn Green Carpet, two Mottled Umber and one Green-brindled Crescent, as well as some migrants: three Rusty Dot Pearl and this Vestal; 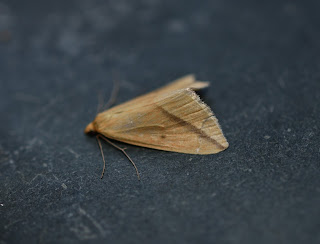 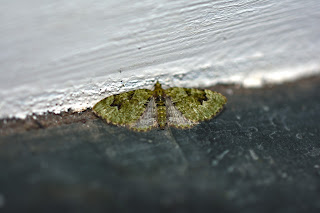 But, most surprising, was this V-Pug, two full months past its usual flight period! And I have since found this Flame (equally late) hiding under the rim of the trap! 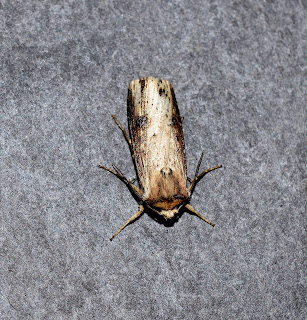 Both of the above late-comers were in fresh condition.