Quite a modest one compared to previous years, last night's trapping session was only the sixth I've managed this month and generally speaking the results haven't been worth writing home about, as the saying goes.  I did manage to attract a Large Wainscot though, which was nice, only the second record of the species here, the first being in October 2011. 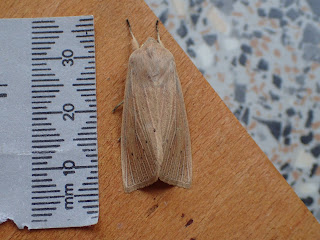 Other notables from last night were Black Rustics (2), FFY Autumnal Rustic, and yet another Dark Sword-grass - they're almost as common as Silver Ys this year.  Centre-barred Sallows seem to have given way to Pink-barred ones, and the Canary-shouldered Thorns which I was getting earlier in the month seem to have faded away.  I've only seen one Pine Carpet this year, it arrived on Saturday night. 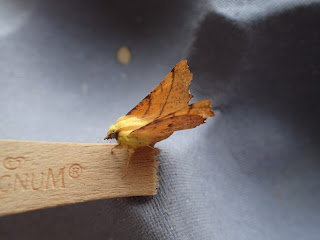 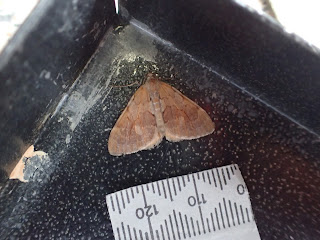 In spite of the large actinic trap being placed in amongst a profusion of Nicotiana flowers, no Convolvulus HM turned up last night.  I'll keep trying the same recipe though, it worked two years ago!
Posted by Chris Handoll