I did not trap on Saturday, having been in the Black Country all day and part of the night, so I put the MV trap in the garden at Cwmllwyd last night (Sunday 24th September) instead. It was raining quite heavily, so no egg trays were deployed outside the trap - I just relied on the Robinson trap working its magic unaided, while protected by the fishing umbrella. Consequently, the catch was quite small; just 45 moths of 22 species were found this morning, but there were a few that were worth mentioning, I think.

First sightings of the year included Pinion-streaked Snout, along with a couple of Flounced Chestnuts. 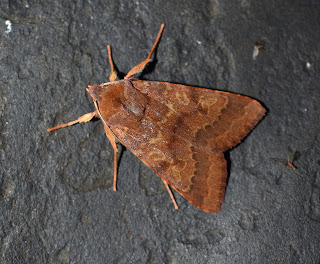 The Sallow is not too common up here: we never see more than two in any year and quite often none at all. 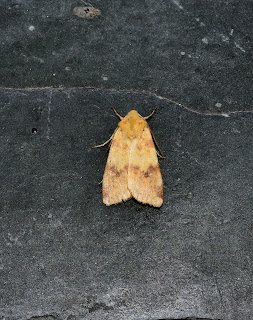 There were a couple of migrants - a Silver Y was seen feeding on Valerian during daylight, while the
rough diamond referred to in the heading was actually the jewel in the crown last night and a species I've not seen before: 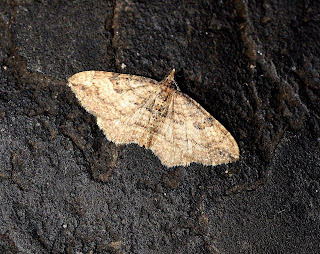 Very pleased with that one!
Posted by Steve Clarke