Last night (Tuesday), the MV trap at Cwmllwyd attracted 270 moths of 56 species, with 72 Flame Shoulders the most abundant. Among a plethora (!) of Yellow Underwings (Large and Lesser Broad-bordered) there was a single of the Lesser variety and this rather fine (albeit a bit battered) Broad Bordered Y U: 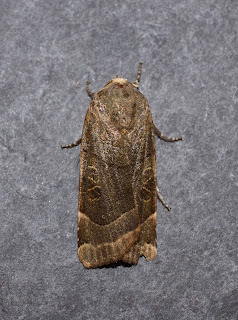 A singleton Blue-bordered Carpet was trapped, along with this uncommon visitor - a Striped Twin-spot Carpet: 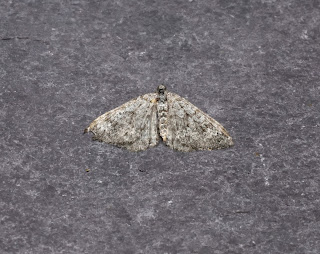 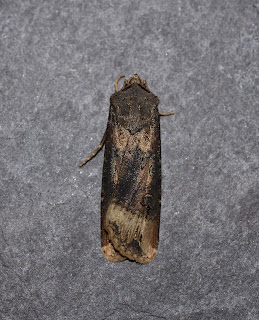 I was surprised to find as many as nine Ear Moths (agg.) in the trap, as well as seven Sharp-angled Peacocks.

Moth of the night for me and last seen here in 2014 was this Northern Rustic: 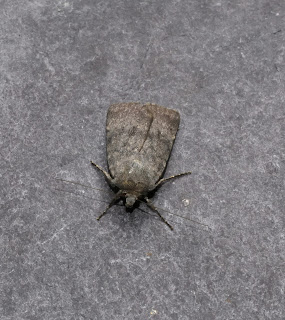 The underside of the wing displays the diagnostic dark band which is often present.: 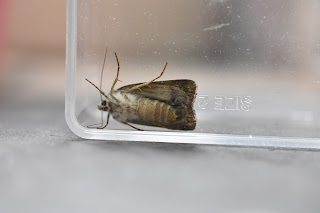 There were good numbers of micros (many still to be identified). This is Ypsolopha sequella: 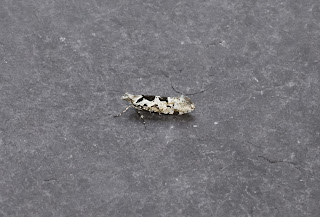