Another Dark Sword-grass in the MV trap at Cwmllwyd last night (27 August) has bought the total this term to seven, which along with two more Silver Ys (and the Hummer from the 24th), suggests a good influx of migrants this month.  Best of the bunch though, were two Rush Veneers - the first for me this century! 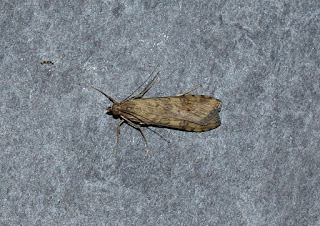 Rush Veneer - a first for me in Wales.

These migrants numbered among a total of 42 species in the modest haul of 152 moths. A couple of Chevrons were captured, although the picture below is of a strikingly marked individual caught on 25 August: 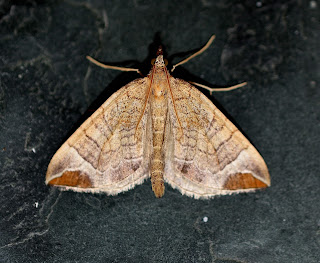