No trap set last night but the porch light attracted a handful of moths (literally, there were 5), including Sharp-angled Peacock and a very pretty Acleris laterana: 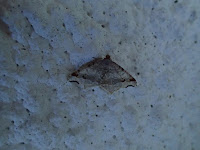 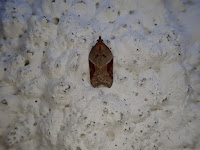 I haven't seen S-a P since early July, so assume that this is one of a second generation.

Another second generation moth was in the trap on Monday night: 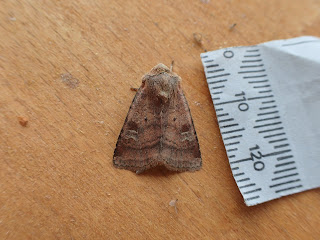 Small Square-spot?  I thought that the second generation ones were supposed to be smaller than the first.  This one wasn't!

It's turned out to be a handful +1, I've just found another moth on the wall not far from the porch, joining Steve's TSC Brigade.  Only one previous record of it here, in July 2014: 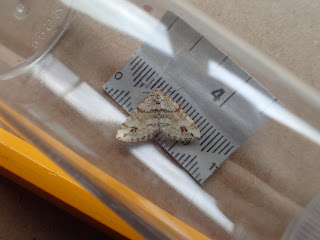