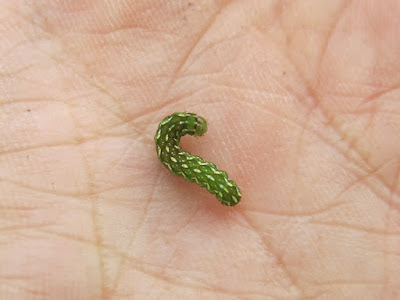 I took Bea & Johnny for a walk at Mawnbwll Du Mawr and Pont ar Wysg, on the moorland near Usk Reservoir on Sunday and noted a few moths.  Rarest of the lot was a male Biselachista serricornis swept from a bog pool - the third county record, all from this habitat (UKMoths says it feeds on Carex sylvatica in damp woodland, but there are continental records from Eriophorum and the UKMoths photo comes from a bog in Staffordshire).  A Chevron and a Devon Carpet were also nice.  Sweeping also produced three distinctive-looking larvae: stripy Broom Moths, a couple of green & white Beautiful Yellow Underwing (a new Carms hectad), and something that looks like a Dagger sp but isn't quite right... 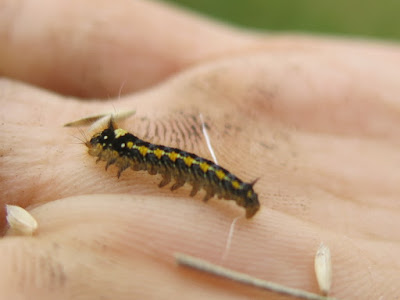 this should be really obvious but I can't work it out!