On the Burry Port coast

Last night (4/7), I left three actinics out on the coast just east of Burry Port, as well as running a garden trap. The night was less than ideal - it was rather cool and the moon shone bright - and this was perhaps reflected by the quite modest numbers and variety in the traps.
At the home trap, the first of the year`s four-spotted footmen appeared, a male. 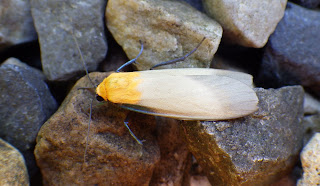 The coastal traps had a fair range of species, with decent numbers of some (eg 10 blacknecks), but the two coastal wainscots (l-album and shore) that were caught here last time were absent, with a couple of smoky wainscots as poor compensation; no sand darts were seen either. I quickly include a few photos from these coastal actinics below: 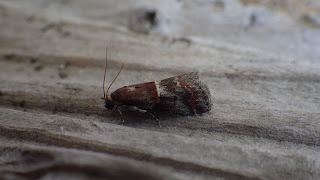 Above: Acrobasis marmorea - decent numbers of this pyralid were in two of the coastal traps. 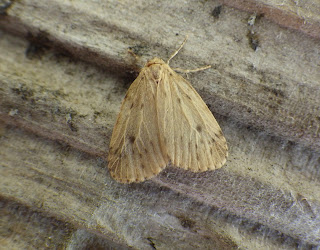 Above: round-winged muslin - just the one was caught. 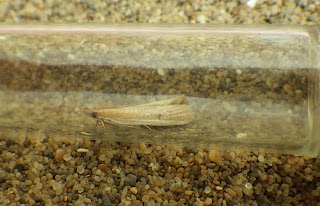 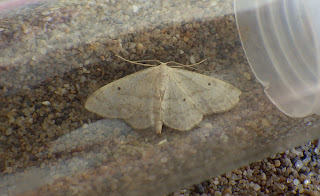