Fewer moths last night than my 18 July post from Cwmllwyd, but worthwhile, nevertheless. 136 moths, in fact, with 49 species represented. The mix of moths is changing as the year progresses, however, so there were some very nice FFYs to be found. Just a few pictures below: 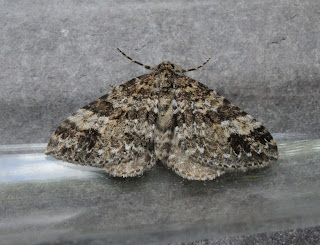 Twin-spot Carpet - never more than one per year, here: 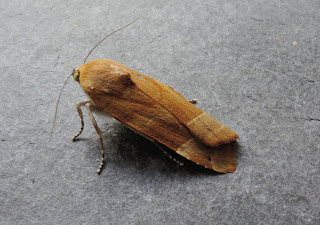 Broad-bordered Yellow Underwing (with a badly pecked right wing); I've not seen the species anywhere before: 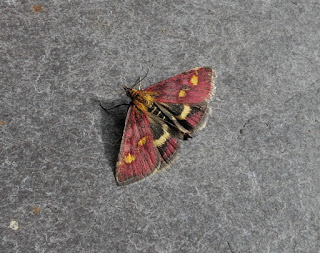 Pyrausta sp.; if it's P. aurata it would be another first for Cwmllwyd. Alternative would be P. purpuralis and I believe that the underside could determine this - your thoughts would be appreciated: 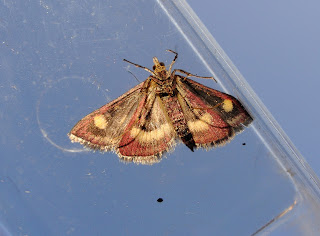