Richard Smith and I must have lost nearly half our bodyweights yesterday as we sweated our way through some very tussocky marshy grasslands in the north of the county. 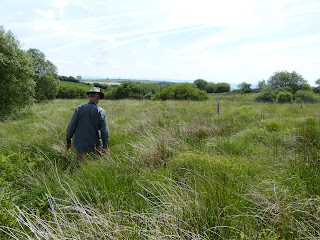 We found our main quarry, Marsh Fritillaries, at just one site (and they were quite worn), but we did see three Forester moths on a nice bit of boggy ground at SN563311, near Abergorlech (possibly a new site?). 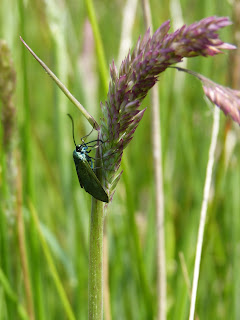 Later on, we had a look at the marshy fields at Skanda Vale and saw a couple of Yarrow Plume Gillmeria pallidactyla. In this instance the common name was inappropriate as they were flying among a stand of Sneezewort, an alternative foodplant to Yarrow (though in the same genus, Achillea) 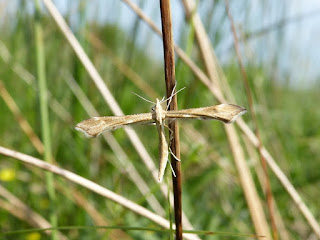