I spent the weekend building an MV facility for my Skinner trap (which hitherto has operated with a 15W actinic tube) courtesy of Paul Batty who provided the necessary kit.  Incidentally Paul has a fresh supply of 125W MV lamps; if anyone requires a spare they are £10 each + carriage. 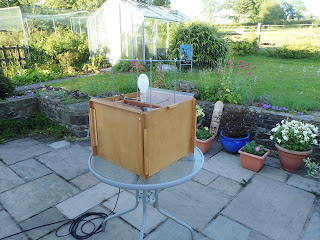 Anyway, I attended the trap at 4am and there were still plenty of moths flying around, but at least the birds hadn't woken up to the fact, they were too busy singing.  It took me a good hour to photograph all the moths I could see before closing the trap down and relocating it to a shady place.

Whilst the overall result, inside and outside the trap, reflected quantity rather than quality, there were several FFYs including two which I was particularly pleased to see: 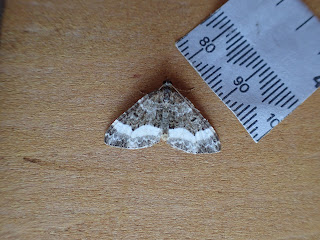 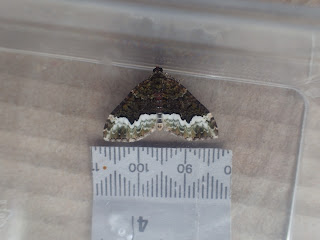 Both have arrived early this year, in previous years I've had to wait until July for them.

Two other early arrivals were Drinker Moth and Dot Moth. 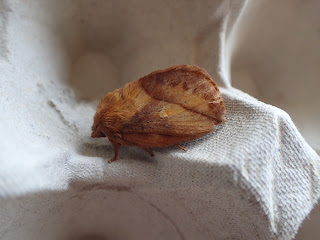 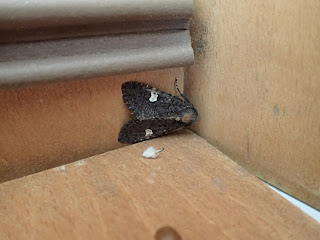 In spite of Ian's plea I'll probably take a night off trapping tonight to give myself recovery time and let last night's catch disperse.
Posted by Chris Handoll