Thank you to those who commented on my Gem blog yesterday.  The identity was confirmed for me by one of the Facebook 'Migrant Lepidoptera' Group and I duly reported it to Atropos 'Flight Arrivals'.

In spite of recording over 100 moths from 40+ species yesterday morning (which is good for Maenol!) only three others were FFYs: Eyed Hawk-moth, Wormwood Pug, and Celypha striana. 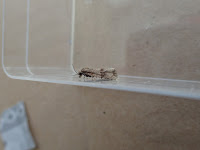 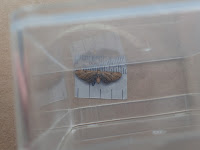 There was one other, a non-descript, brown micro that someone might recognise in spite of the apparent lack of strong distinguishing features. My best guess is that it's a Gelechid, possibly a Bryotropha sp. 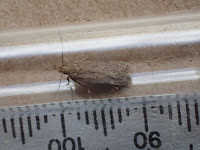 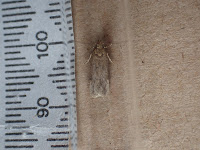 I also get several of these tiny silvery moths every time I use the MV trap.  I don't suppose they're identifiable (Coleophora sp.?) but someone might be familiar with it: 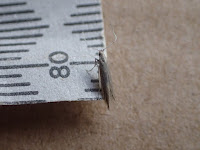