Two actinic traps were set yesterday evening since the forecast was for a dry night.  Was it heck!  I attended the traps at 0430 in a steady drizzle.  Never mind, there had been plenty of moth activity, including - yes, several very lively LYUs!  Others in plentiful supply were Heart & Darts, White and Buff Ermines,  Flames, and Ingrailed Clays.  FFYs were Brussels Lace, Double Line (2), Mottled Beauty (3), Marbled White-spot, and Brown China-mark.  More notable, however, was another Pyralid species which I believe is Anania (Phlyctaenia) stachydalis.  If so it's a first for me.  The books say that the species is rare/scarce, but evidently not in Carmarthenshire - Sam's list says that there have been 40 records in the County. 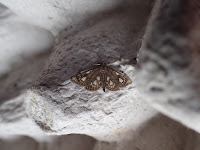 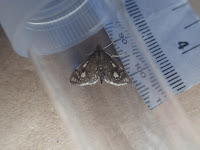 Anania stachydalis rather than A.coronata, judging from the wing markings and shape. 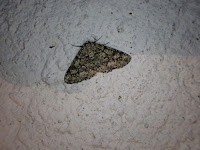 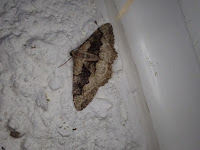 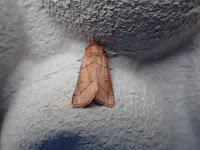 Every time I see an Ingrailed Clay I think I've caught something special, they are so strikingly varied. Some examples below: 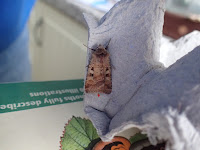 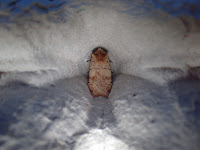 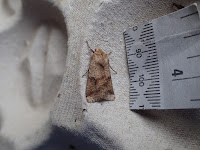 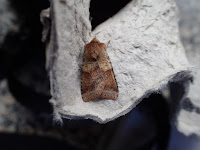